THE PANAMA PAPERS AND WOMEN’S RIGHTS IN PAKISTAN

The leaks could force Pakistani government’s hand on the Women’s Protection Act.

If the government succumbs to the pressure and sacrifices its stand on the rights of women – and minorities – it would undo many of the positives achieved over the past 16 months vis-à-vis religious moderation and tolerance in a country that continues to reel from jihadist terror.

Standing firm on the recent ideological reforms amidst the current political hostility would be the ultimate test of Nawaz Sharif’s mettle and his ability to transform Pakistan into the progressive state that he claims to envision.

Imran Khan, chairman of Pakistan Tehrik-e-Insaf (PTI), the country’s second-largest party according to the 2013 general elections, is demanding the resignation of Prime Minister Nawaz Sharif, following revelations last week in the Panama Papers that the Sharif family has millions of dollars worth of offshore investments.

Khan, who isn’t satisfied by the judicial commission formed by the PM, wants the Supreme Court’s chief justice to head the inquiry. He has given Sharif a deadline of April 24 to form an independent commission following which he has threatened to march towards the Sharif family’s residence in Raiwind, Lahore.

In 2014, Khan staged a 126 day sit-in inside the capital, demanding Sharif’s resignation over alleged corruption and election rigger.

The Panama Papers have come at a time when the ruling party Pakistan Muslim League-Nawaz (PML-N) is already under pressure on multiple fronts. The military operation launched in Punjab following the Lahore attack on Easter Sunday showcased fractures in the fragile civil and military relations. Meanwhile, the PML-N fears that the operation in the province that has long been its political hub could dent its vote bank, considering that many of its MNAs and MPAs are believed to be sympathizers of various militant outfits in the province.

Also, the arrest of the Indian spy from Balochistan, coupled with the failure of teams from India and Pakistan to work in tandem over the Pathankot attack investigations, has meant that the establishment is putting the civilian government under more heat to abandon the long-stalled negotiations with New Delhi.

Even before the Panama Leaks, many senior PML-N leaders – including the Sharif family – were being interrogated by the National Accountability Bureau (NAB) over corruption charges.

In the meantime, the Islamist groups have united against the ruling party over its recent liberal policymaking. And it is these Islamist parties that can throw the PML-N leaders a much-needed lifeline, amidst the multi-pronged political turmoil, especially if the government succumbs to their loudest demands.

In February, the Punjab legislative assembly passed the Protection of Women Against Violence Act 2016, commonly known as Women’s Protection Act (WPA). The act was shunned by Islamist groups, with the advisory body Council of Islamic Ideology (CII) deeming it “un-Islamic.” Earlier this year a bill curtailing child marriages had to be withdrawn after the CII condemned it.

Last month, representatives from 35 Islamist parties, led by Jamaat-e-Islami (JI) and Jamiat Ulema-e-Islam-Fazl (JUI-F), unanimously opposed the Women’s Protection Act calling it contradictory to Islamic teachings. The conference announced that the Islamist parties would spearhead countrywide protests, if the WPA isn’t retracted by March 27. Pro-Mumtaz Qadri riots erupted in the capital on March 27, coupled with the Lahore bombing that killed 75 people on the same day.

On Monday, parliamentarians from JI and JUI-F combined to defer two bills designed to stop honor killings and sexual abuse. While the two bills have been sent back to a committee for further discussion and should be considered in the next parliament sitting, it’s evident that the Islamist parties – spearheaded by JI and JUI-F – are pressuring the government to retract progressive legislation with regards to women rights.

What makes their move all the more opportunistic is the fact that PML-N needs JUI-F, its coalition partner in the federal government, to help pass an amendment to the accountability law to curtail the powers of the NAB.

It is these Islamist parties that can help PML-N minimize the dent in its conservative vote bank owing to the Punjab operation.

Hence, with the Panama Papers allegations and PTI’s protest movement on the cards, the PML-N needs Islamist parties on board not only to resist the pressure asserted by NAB and the establishment but also to dampen the reverberating calls for PM Sharif’s resignation, spearheaded by Imran Khan.

Despite the ongoing war of words, PPP is likely to support the PML-N leadership to ‘safeguard democracy’, just like they did in 2014. But unlike two years ago, the ruling party is under duress from multiple quarters and would hence need more parties on board.

The question now is whether the government will use the Women Protection Act as the bargaining chip to gain the Islamist parties’ support.

On April 5, Punjab Chief Minister Shehbaz Sharif and JUI-F Head Fazlur Rehman agreed to form a panel to recommend amendments to the WPA. Should these amendments undo clauses pertaining to domestic violence – believed to be the major bone of contention in the standoff with Islamist parties – the government can win extensive political support to ward off the pressure exerted by Panama Leaks, NAB and the potential alienation of the conservative vote bank.

Kunwar Khuldune Shahid is a Pakistan-based journalist covering human rights, security, militancy, diplomacy, energy and finance. He is web editor for The Nation and reporter/columnist for The Friday Times.

Lack of Healthcare for Pakistani Minorities 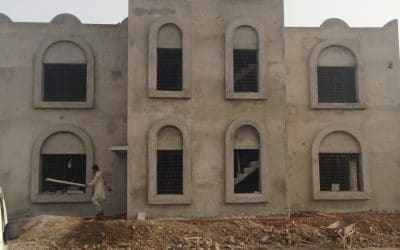 Help Us to Complete Our Vision

Help Us Complete our Cosmo Vision Center The CosmoVision Center is the most important project that RAM Foundation has ever undertaken. It is an ongoing project that combines all of our efforts to make a difference in the local Pakistani community. We already raised... 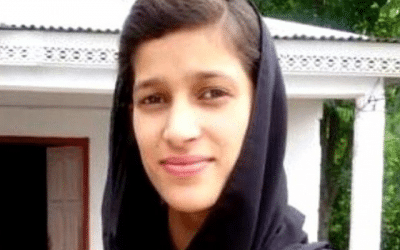 “They started beating Aapi. Then they burnt her, right in front my eyes”

They started beating Aapi Then they burnt her in front of me!A few days ago, I overheard my cousin talking to someone and saying, “Have you seen the news? Even CNN and BBC reported on the instances of violence that our women endure. Clearly it’s more serious than I...