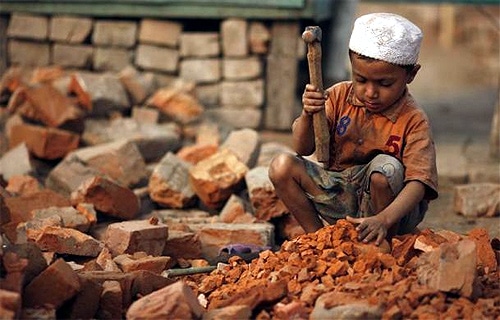 Earlier this month, Pakistan celebrated its eighth National Minorities Day. The day’s significance originates from a speech in which Pakistan’s founder, Mohammad Ali , envisioned a Pakistan that would be respectful of all religious backgrounds. “You may belong to any religion or caste or creed – that has nothing to do with the business of the state,” he stated on August 11, 1947, sixty-nine years ago.

Though originally intended to foster better relations between the majority religion of Islam and those of minority religions, many have expressed disappointment at the lack of actual progress in bettering treatment towards minorities. To most, the national day’s existence only serves as a painful reminder of the continued abuse and degradation of Ahmadis, Christians, Hindus, and Sikhs, several of a number of religious minorities in Pakistan.

That many have spoken out against National Minorities’ Day attests to the fact that Pakistan is far short of what Jimnah intended. Considered as second-class citizens, minorities are often denied job opportunities or are relegated to completing “dirty work,” such as cleaning bathrooms. They often are trapped in bonded labor, such as brick kiln slavery. An estimated 76% of minority women are sexually harassed, and many abducted and forced to convert to Islam. Though requires that the government hire five percent minority employees, the quota goes largely unheeded. Further, the law does not allow them to elect representatives to parliament, nor a minority hold the office of prime minister. Social and cultural norms further restrict what apartments or houses they can live in.

Pakistan’s Supreme Court has directed the government to a number of measures to improve minority religion relations, but the process of working a narrative which intensifies non-Muslims as “other” is slow, which of attacks on minority religions demonstrates.

In 2009, the homes and livelihoods of 35 Sikh families were confiscated. In fact, this past April, a Sikh temple was reopened in Peshawar after many years. However, they still risk attack.

Though Hindus have not suffered violence in recent years, they are subject to the same discrimination as other minorities, such as within the education system, which is highly biased against minorities such as Hindus. Hindus are often not allowed to worship in their or do not have access to a temple. Because the government does not legally recognize Hindu marriage, Hindu women are often subject to forced marriages and even find it difficult to obtain identity cards.

Christians have suffered myriad attacks because of their religion, including innumerable blasphemy charges. Though there are too many cases to list, the most recent large-scale attacks include a 2013 suicide bombing on a Peshawar church, killing 127 and injuring 250. In 2015, suicide bombers killed 15 at a church, injuring 70. This April, the Lahore Easter suicide bombing killed more than 72 and injured upwards of 300. Blasphemy accusations often are contrived, where situations are created to trap Christians or are merely fictitious.

Further, because of the continued marginalization and discrimination that limits the jobs they can acquire, they often cannot afford legal fees to fight blasphemy allegations or free themselves from bonded labor. Minorities usually become enslaved in brick kiln factories after having to borrow money, typically from brick kiln factory owners, to pay an unexpected expense such as a medical bill. The brick kiln owners do not pay fair wages, charge astronomical interest, and refuse to acknowledge if the debt has been paid off. Perpetual enslavement results.

RAM Foundation is working tirelessly to combat this discrimination against religious minorities. By coordinating funds, RAM can provide persecuted minorities with the legal aid necessary for fighting illicit allegations and gaining freedom from brick kiln enslavement. The CosmoVision Center, a place of refuge for religious minorities, women, and children, and a center for legal aid and cannot be completed until a remaining $20,000 is raised. RAM is seeking to finish raising these funds by the end of October, less than two months away. Would you consider making a donation to help RAM reach this goal? Know that you will not only be helping to save but that you will be helping to impact entire Pakistani communities!